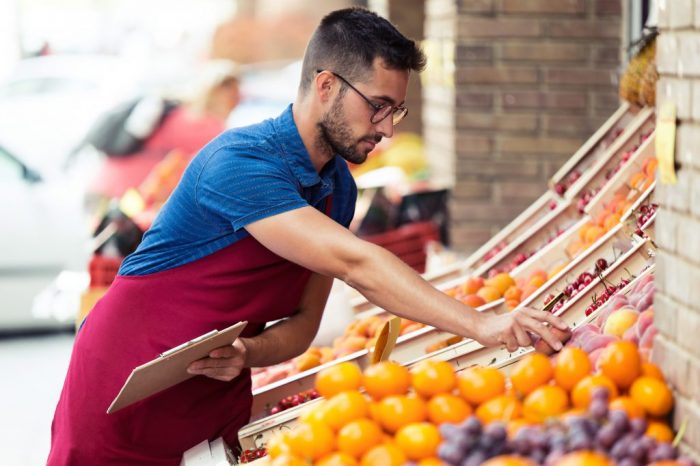 5 Reasons your Stock Levels are Incorrect

Incorrect stock levels are common within the industry, every retailer has faced this problem at some point, causing them to double count or have wildly inaccurate data which can cost them a fortune! The worst thing is, it’s not too easy to identify the source of the problem, making you spend time on trying to find out the reason for your inaccurate inventory levels. No matter the applied methodology in calculating levels, if the inputs are off, the end result will also be off.

You should have multiple inventory management processes and solutions in place to stay on top of your stock although the smallest factor can be forgotten or looked over, which in turn causes your stock levels to no longer be consistent. Take a look below at what we believe are the five most common reasons for incorrect stock levels.

According to an article by Retail Dive, shrinkage cost retailers around $100B last year! that’s right, 100 billion USD, this equates to around 1.82% of global sales which is a huge amount. This figure was gathered by the Sensormatic Global Shrink Index from Tyco Retail Solutions & PlanetRetail RNG.

Just like most studies in the past few years, one of the biggest causes of shrinkage is again, down to theft, internally and externally. This also includes organised retail crime (ORC) which accounted for 35.6% of all losses, 24.5% of this was down to employee theft! This is not a new issue, if anything it’s an on-going issue that is getting worse and worse each year. Retailers and security companies are thinking of new ways to constantly combat theft in the retail industry.

Sephora adopted EAS just over three years ago in an attempt to reduce further losses. This has been implemented into most of their stores, it includes new technology such as IP Cameras, Digital Voice Recorders and Electronic Article Surveillance (EAS) which replace the old analog cameras.  Levi Straus, Target & Luluemon have also spoken about the benefits of RFID which not only contribute as a theft deterrent but also as an inventory management solution.

There are many ideas that can be implemented into helping combat store theft, such as:

Switch to DigiTally – no more double entry or Excel, you won’t ever have to think about sifting through dozens of documents ever again to try and find those discrepancies!

DigiTally is a digital solution that will make your stock counting faster, accurate, and more efficient.

Or research in some other inventory management software that’ll be more accurate to your needs… but really, DigiTally wouldn’t be a bad idea!

Using Excel should already be a thing of the past, it’s almost 2019! If you’re still using Excel you are not only wasting time, but you’re also wasting precious money by trying to look through papers and fix errors one by one (probably missing a few errors as you go along!)

You don’t need to be using Excel, this is a big cause for inaccurate inventory levels as it’s prone to human error & staff mistakes. Imagine trying to sort through dozens of sheets for different periods, in different locations, counted by different staff members, there’s bound to be a mistake somewhere and trying to find this is no easy task. Research shows that even proven data entry operators can make one error for every 300-400 characters they enter, this can lead to a huge level of inaccuracy if your stock includes thousands of products.

After speaking to many operation managers or store owners, they’ve found that switching to a digital platform or investing in inventory management systems have saved them countless hours and thousands of euros throughout the years.

This is a big one, it happens in more places than you would imagine – staff forget there’s a stock take due to take place on a certain day and don’t do it, or the premise is super busy and decides not to do the count. This is wrong, unnecessary, costly and shouldn’t be happening.

There is always time to do some sort of a count, you should never skip over counting your stock if you have it scheduled on certain days, be it weekly or monthly. If you can’t do your entire count in one day, make time for it in the next few days, such as by counting your fridge on Tuesday, freezer on Wednesday etc, just to ensure you a consistent level of stock levels each week or month.

Simply instruct and stress to your staff how important your stock counting days are, make it clear that they’re not to be missed and must be conducted on the given days.

Again, if your stock counting is taking too long for this to be consistent enough, invest in a different system to help you conduct your stocktakes faster, in a digital and more modern way. A recent case study shows that switching to a digital platform can save stocktaking time by up to 68%

There’s not much to resolve on this one other than further instructing and training for your employees – make it clear to them that they should be accurate in storing/placing new items and ensure that they check the shop shelves/aisles for misplaced items by customers.

It’s very common for items to be placed, stored or left in the wrong location prior to a stock count, especially since some products may come in similar sizes and packaging making it more likely that a lot of your inventory is more misplaced than you would think!

This issue can either be directly caused by employees or even by the customers. Employees may send or place the new product in the wrong aisle, location or shelf and a customer may pick up the item, decide they don’t want it and just place it in a random new location for it.

Another reason could simply be because you’ve ordered the stock to be delivered on a certain day although the delivery is behind schedule and simply hasn’t arrived yet, so make sure you take this into account also and don’t just assume it’ll arrive on time! Prognostore have a great article on multiple of reasons why items can be in the wrong location!

If you don’t pay attention to market trends or seasonal products, or even accurate reports relating to these, you’ll most likely be ordering too much and have a bad experience of having a bloated inventory. Or, you can order too little, not have the correct items in stock that are in demand for a specific seasons and experience overstocked produces and a loss of customers.

Not catering for seasonal products will cause for discrepancies to creep in to your inventory as you’ll have lots of loose items on hand that just don’t belong anywhere anymore as they’re out of season.

Pay attention to what’s in and what’s out – get access to accurate reports that regard customer behaviour, best-selling items & sales trends.

This will help you develop a list of requirements for certain seasons in retail. Identify and implement what is needed to turn this around in your sites.

If you’d like to know more about how Digitally can help you simplify your stocktaking, contact us today or Scedule a Demo and speak with our team of Stocktaking experts today!

Support Your Clients with the Right Food Solutions

10 Tips to Reduce Food Waste in Your Business

5 Things Your Stock Controller Should Have in Place